As I read the key findings from LeanIn/McKinsey's latest research I notice a pattern with how they reported on gender issues. Take a look at these excerpts from the "Women face an uneven playing field" section and see if you can catch it:

END_OF_DOCUMENT_TOKEN_TO_BE_REPLACED

Take a look at the nine seconds of burbling Yellowstone “mudpot” action above. Here at Leading Women, we love this video because it’s a perfect metaphor for shaking things up. And when it comes to shaking up the mindsets of managers to take action to close the leadership gender gap, we’re even more passionate. “I have taken a lifetime to create these mindsets,” said one of our clients, a European executive at a global company, “and now you have destroyed some of them in three hours.” Ka-pow!

END_OF_DOCUMENT_TOKEN_TO_BE_REPLACED

While on Facebook the other day, I came across this post from a friend, who works in HR for a well-known US-based health insurance company, and I could not get what she wrote out of my head.
END_OF_DOCUMENT_TOKEN_TO_BE_REPLACED

Great! A Business Imperative. Now what do I do?

In a recent blog, I mentioned a story about a group of 72 companies who have committed to making gender diversity a business imperative, with accountability for it within the senior executive team.

This story has caused quite a bit of commotion in social media and we’ve seen a lot of questions popping up in LinkedIn: “How are they planning on preparing the women for leadership?” “What will they do differently?” “How will they identify what needs to be done (so I can emulate it)?

END_OF_DOCUMENT_TOKEN_TO_BE_REPLACED 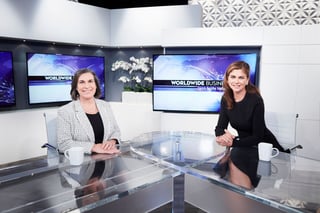 In an interview on Worldwide Business with kathy ireland® that will be airing this coming weekend, Leading Women’s CEO Susan Colantuono was asked the question: “If you had one piece of advice to give to a CEO, what would it be?

END_OF_DOCUMENT_TOKEN_TO_BE_REPLACED

A Reflection On Working Parents 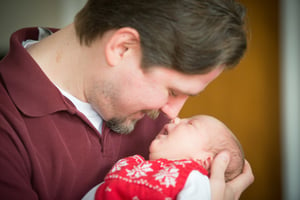 With Father's Day in the US last weekend, it got me thinking about working families and what companies are doing to keep and support both working mothers and working fathers. The US Department of Labor reports that 70% of women with children under 18 years old participate in the labor market in some way, signaling a change from the days where father went off to work and mother stayed home and raised the children.
END_OF_DOCUMENT_TOKEN_TO_BE_REPLACED

Previous All posts Next