Industries Where Women are Making Big Strides toward Leadership Positions

Today's blog post comes from our friend Nicole Worthington. Nicole is a business and investment columnist who has written extensively on financial management and women in business. 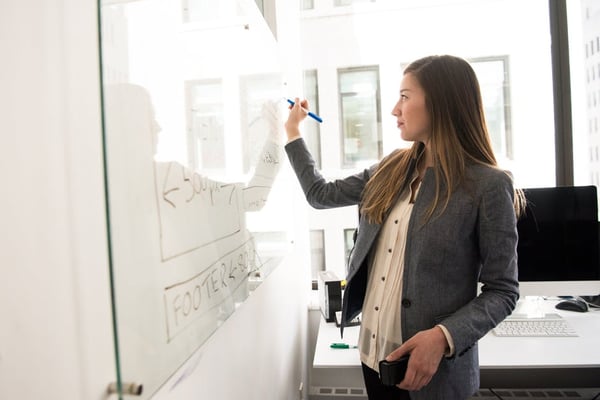 A recent CNBC report reveals that companies that have women in top management roles produce 20% more patents than teams with male leaders. The report further notes that a large female presence in a company is associated with a higher status, with Fortune’s most admired companies having twice as many women than less reputable corporations. In relation to this, Leading Women discussed the importance of fair pay and how in a Redfin study we found that women-led companies pay their female employees better. The difference is remarkable—for every dollar a man earns, a woman in a company with fewer female execs earns only $0.77. Permanently eliminating the 14-cent pay gap is still an ongoing debate, but more and more women in the workforce are already seeing a difference, albeit small. Here are some industries where women are actively making their way towards leadership roles:

There’s been a 154% increase in the number of women leaders in the automotive industry, with companies looking for specific skills like customer service, management and strategic planning. Perhaps one of the most notable leaders in the industry is General Motors CEO, Mary Barra, who’s been the company’s head since 2014. General Motors is Fortune 500’s top 10 — the highest-ranking company with a female leader, as noted by the Business Insider.

The retail industry has come a long way when it comes to gender diversity. Kohl’s CEO Michelle Grass is a great example. The department store chain, which has started reinventing itself to keep up with the digital age, has reported better financial results after Grass became CEO.

Finance and investment have also seen an increase in the number of female employees. One great example is Abigal Johnson, whose grandfather, Edward Johnson II, founded mutual fund giant Fidelity Investments. She has been the company’s CEO since 2014, after taking over from her father. Abigal Johnson owns a 24.5% stake in the firm, which has more than $2 trillion in managed assets.

Isabelle Kocher is only one of the many women who has been making waves in the energy industry. She’s a newcomer to Forbes’ list of Most Powerful Women after she became CEO of Engie, the world’s biggest non-state-owned electricity company. She has set Engie ahead of a three-year plan to divert assets and invest in renewable energy. Lynn Good of Duke Energy is another great example, as the company started making substantial investments in solar energy since her leadership.

With everything going online and digital, it’s no surprise that women are at the forefront of the industry, with Facebook chief operating officer Sheryl Sandberg as the leading example. Since co-leading the tech giant in 2008, the company has seen a boost in revenues, catapulting her as one of the nation’s most influential female executives. Information technology executive Marissa Mayer is not far behind. The former chief executive of Yahoo is currently working on Lumi Labs as she’s looking to explore the consumer space. For women looking for careers in the technology field, early training can make all the difference. Wired revealed that last year 135% more females took the Advanced Placement computer engineering exams in high school than ever before. The field of computer science is growing so fast it outpaces all other occupations in the US and as computers become ever more important in society, there has also been a surge in the number of applicants studying it at degree level. The median salary as reported by Maryville University is $82,240, which is based on data from U.S. Bureau of Labor Statistics. As such, the number of emerging opportunities for high-level positions with lucrative salaries continues to grow as the demand for technology grows, opening doors for more women in leadership positions.

Efforts to empower women have become more important than ever. Subha Barry, senior vice president, and managing director of Working Mother Media told Forbes that having women in senior, visible positions of authority sends a powerful message—both within the organization and outside. Women make up 50% of the American workforce, according to the United States Department of Labor. However, when it comes to leadership positions at top companies, women are drastically outnumbered. Women leaders think it’s time to make a change.