In Case You Missed It: February 2017 Edition 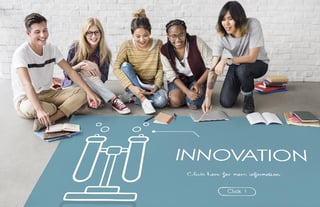 "[Recently] GE announced a gender diversity target: it announced a goal to hire 20,000 women in STEM (Science, Technology, Engineering and Math) roles by the year 2020. This was a significant stake to put in the ground in terms of GE’s position on the business benefits of diversity.

GE (a Fairygodboss customer) told us that “Across the corporation, people [both men and women] agreed on the fact that we could do better and that this was an important step towards our digital, industrial future.”

The announcement caused me to wonder how common these kinds of public commitments were, especially with respect to gender diversity. How many companies set targets for the number of women they will hire?"

Why it Pays to Invest in Gender Diversity

"Investing in gender diversity at the workplace is profitable for both companies and investors, and Morgan Stanley has the research and quantitative analysis to back it up.

Moving the debate from the theoretical and into the empirical, Morgan Stanley’s Sustainable + Responsible Investment (SRI) and Global Quantitative Research teams have collected and analyzed data on this issue from around the world, and created a proprietary gender-diversity framework for ranking more than 1,600 stocks globally. This new approach demonstrates that more gender diverse companies offer similar return with lower volatility, with significant implications for investment and corporate behavior."

Time for a new gender-equality playbook 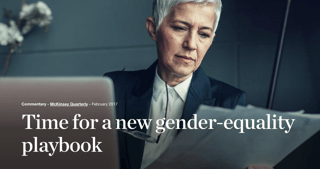 "The old one isn’t working. We need bolder leadership and more exacting execution.

More than 75 percent of CEOs include gender equality in their top ten business priorities, but gender outcomes across the largest companies are not changing. Our research indicates, for example, that corporate America promotes men at 30 percent higher rates than women during their early career stages and that entry-level women are significantly more likely than men to have spent five or more years in the same role."

Everyone Likes Flex Time, but We Punish Women Who Use It 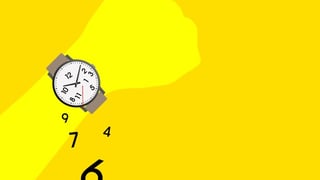 Hands down the BEST diversity and inclusion video I've ever seen

Hands down the BEST diversity and inclusion video I've ever seen. Thank you Denmark!