In Case You Missed It:  February 2016 Edition 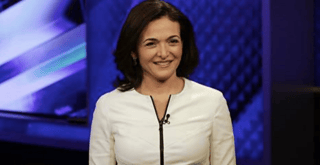 At Leading Women our theory (based on earlier research) is that this is the cause of the correlation:

Companies where HR practices result in hiring and advancement decisions on the basis of objective performance rather than subjective factors are better run AND get more women to the top!

IBM Is Blowing Up Its Annual Performance Review 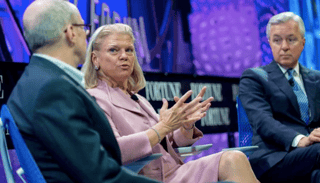 "There is no single measure of an employee’s performance like before. 'In the old system, there was one score. People [got] sort of obsessed by that,' Gherson said. 'In the new system, there are five scores. It leads to a much richer, more balanced discussion.'

With Checkpoint, IBM employees will set shorter-term goals, and managers will provide feedback on their progress at least every quarter. At the end of the year, employees will be judged across five criteria—business results <O>, impact on client success <O>, innovation <O>, personal responsibility to others <E>, and skills <P>. Managers will assess whether employees have exceeded or achieved expectations for their role in each of those five dimensions or if there’s a need for improvement."

1/5 for engaging others (E - Engaging the greatness in others)

"Anthropologist Dan Grunspan was studying the habits of undergraduates when he noticed a persistent trend: Male students assumed their male classmates knew more about course material than female students — even if the young women earned better grades.

'The pattern just screamed at me,' he said."

This is a pattern that upsets us as well. It is another example of why tackling Gender Dynamics must be a component of initiatives to close the leadership gender gap. 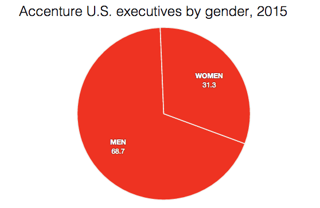 "Making the numbers public will hold the company accountable for showing improvement, she says. What’s more, Sweet hopes that this new level of transparency will allow Accenture to have more explicit, productive discussions about race and gender internally.

To help speed the pace of change, the company also announced that it is starting a new referral program that will reward employees who refer women, black, Hispanic, and veteran candidates who end up getting hired. This comes on the heels of a slate of new parent-friendly policies announced last year, including 16 paid weeks of maternity leave and an option for new parents to work locally for one year after the birth of their child."