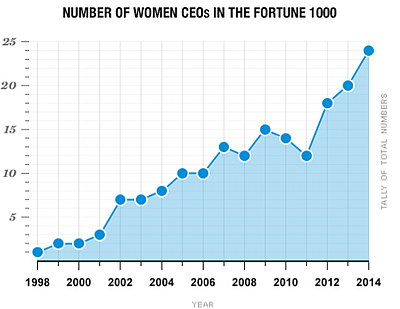 Have you ever wondered why senior women seem hesitant to advocate for gender initiatives and openly advocate for the advancement of other women? Here's new insight into the reasons:

"More people believe in ghosts than believe in racism, and people in the upper ranks of management will not openly utter a bad word against diversity. Yet, executives who are women or ethnic minorities are penalized every day for doing what everyone says they ought to be doing -- helping other members of their groups fulfill their management potential."

And from the same study, powerful statements on ethnic and gender dynamics:

"Bias does its damage...through stereotypes regarding two personal traits that are widely viewed as essential social behaviors -- warmth and competence, both of which strongly influence how managers are rated in terms of overall performance. 'Women tend to be held to higher standards of warmth than men, and ethnic minorities tend to be held to higher standards of competence than whites,' the authors observe. 'Minority and women leaders' engagement in diversity-valuing behavior may be viewed as selfishly advancing the social standing of their own low-status demographic groups.'

As a result, women so engaged 'will tend to be viewed as less warm and receive lower performance ratings than their equally diversity-valuing male leader counterparts.' Indeed, they 'will be viewed by their bosses as cold and scheming to subvert the existing social order.'

Meanwhile, ethnic minorities commonly 'tend to be stereotyped as incompetent,' a notion conveniently handy for bosses who perceive as self-serving the efforts of nonwhite managers on behalf of members of their own ethnic groups.'" See our related post.

Men Often Just Don't "Get" It!

Recently when asked if they thought the "old boy's network" was a barrier to women's advancement, the panel of executive men said in essence, "we're not old, we haven't been in the company that long and we don't get together behind closed doors to keep women down."

This misunderstanding about the definition of "old boy's network" is part of the challenge. While large percentages of women believe it is a barrier (60% in that organization), the numbers of men who see barriers for women is very small.

A recent article in CFO.com explains, "Only 19 percent <of men> strongly agree that reaching top management is harder for women, and men are much more likely to reject the idea that the climb is steeper for women."

"Over half the corporate leaders in China are women. India has more women CEOs than the US. And over the past 30 years we've seen the number of women leaders in the Middle East, Africa, China, and Europe increase as well." 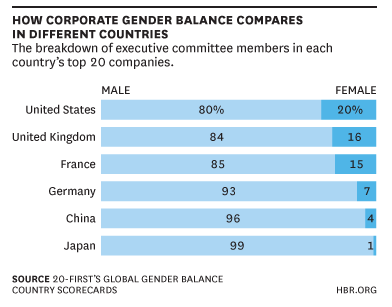 "Women respondents say that they aim just as high as their male peers do. Seventy-nine percent of all mid- or senior-level women want to reach top management, compared with 81 percent of men. Senior women executives just one step away from the C-suite are more likely to agree strongly that they have top-management ambitions.

Yet our survey also shows that many are less certain they will reach the top: 69 percent of senior women say they are confident they’ll reach the C-suite, as opposed to 86 percent of their male peers. We compared women who feel confident that they can rise with those who are less confident and analyzed their answers about personal and collective factors that can support or inhibit career success. We found that a favorable environment and cultural factors weighed twice as heavily as individual factors in determining how confident women felt about reaching top management."

Impact of Norway's Board Quotas

"...the reform not only improved the representation of female employees at the top of the well-paying roles, women appointed to boards following the reform were actually more qualified than their predecessors...The study also found that the female candidates were actually more educated than their male counterparts,...And the gap between men and women with MBAs "essentially disappeared" after the quota reform...despite these positive changes, the study points out that while quotas may have a positive effect on getting more women on boards, overall they have not led to an increase in the number of female executives, reduced the gender pay gap or seen an overall shift towards more family-friendly workplace policies."

^^^ click on the image above to view my TED Talk: Closing the Leadership Gender Gap
Author: No Ceiling, No Walls and Make the Most of Mentoring
"Leadership is using the greatness in you to achieve and sustain
extraordinary outcomes by engaging the greatness in others."
Susan L. Colantuono

About Leading Women
Leading Women is one of the world's premier consulting firms for companies committed to achieving goals for women’s advancement. Its proprietary research is the basis for innovative solutions that deliver unique insights, actionable tools and a business focus. HR, Learning and Development, Diversity & Inclusion and IWiN* clients around the globe have deployed Leading Women's live, virtual and online solutions. For more information, visit Leading Women, call +1-401-789-0441 or email us info@LeadingWomen.biz.